Cyril Dean Darlington was better known as CD. He was a controversial figure whose determination and persistence in the face of setbacks helped him become a leading figure in the world of genetics. He increased our understanding of chromosomes, meiosis and the centromere. Along with Ronald Fisher he founded the journal Heredity. 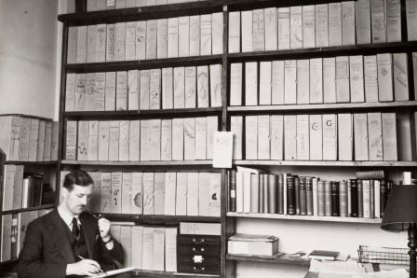 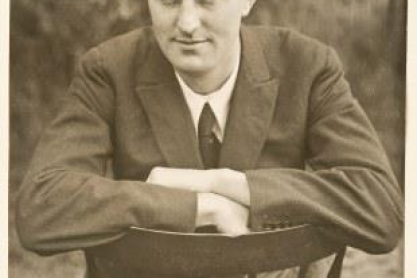 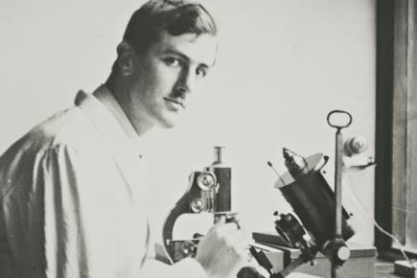 As a child, Darlington did not enjoy either sports or studying and he developed a disdain for authority. He wanted to be a farmer and decided to study agriculture at university. He applied for a scholarship to become a farmer in Trinidad but this was turned down. Instead, he was persuaded to apply for a scholarship to the then John Innes Horticultural Institution in Merton. This too was unsuccessful, but he decided to take a temporary, unpaid post at the institution as a technician.

The director at the time, William Bateson, had hired a cytologist Frank Newton, who took Darlington under his wing and trained him in cytological techniques. When Newton died, Darlington continued his work on triploid tulips which became the foundation of his work on meiosis for the next thirty years.

When J B S Haldane joined John Innes, the two struck up a friendship and Darlington’s confidence grew. In 1932 he published Recent Advances in Cytology. This caused huge controversy at first but then became widely accepted and placed him among the leading geneticists of the day. This book showed that mechanisms of evolution at the chromosomal level created far more possibilities than the mutations which affected single genes.

In 1937, Darlington became director of the Cytology Department at John Innes. In 1939, fifteen years after joining the institution as an unpaid volunteer, he became its director and helped to establish it as a worldwide centre of cytology.

Darlington discovered the mechanics of chromosomal crossover, its role in inheritance and its importance in evolution.

His research on chromosomes influenced the basic concepts of the hereditary mechanisms underlying the evolution of sexually reproducing species. Studying both animals and plants, he was the first person to clearly describe the partitioning and segregation of chromosomes at mitosis and the genetic recombination between chromatids that happens at meiosis.

Working on chromosomes from flowering plants in the Oenothera genus he proposed the concept of a structural hybrid and the theory of fertility of polyploids. He also used chromosomes from the salivary glands of fruit flies Drosophila to investigate mis-divisions of the centromere.

In 1953 he moved to Oxford University to become chair of botany and he established the Genetic Garden.

He attracted controversy for some of his views such as insisting that the intelligence of races was determined by inheritance and he opposed the UNESCO Statement of Race and saw different human races as evolutionary units.