Worshipful Society of Apothecaries A Society for almost 400 years

The Worshipful Society of Apothecaries, established in 1617, helped to create the foundations for modern medicine and the pharmaceutical industry. It still plays a key role in advancing specialist areas of medicine and research. 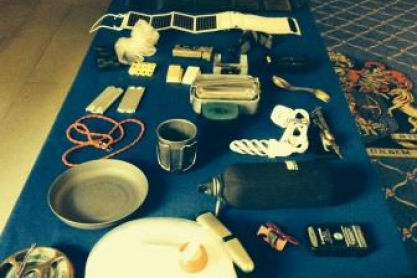 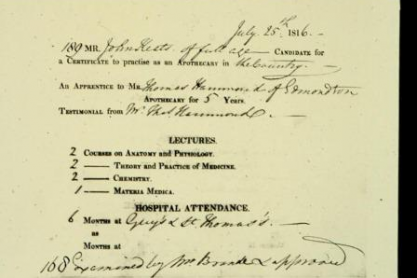 The word apothecary derives from ‘apothec’ which was a place where spices, herbs and wine were kept. In the thirteenth century, the meaning evolved to become a person who sold these goods. By the mid-sixteenth century, apothecaries had become akin to today’s pharmacists, selling and preparing subs0tances for medicinal use. The College of Physicians (later to become the Royal College of Physicians) had the authority over medical practice and apothecaries were not supposed to sell medicines without a prescription, although they frequently did so.

In 1704, one of the Society’s members, William Rose, was prosecuted for visiting a sick man and dispensing medicine to him without a prescription. The Society took the Royal College of Physicians to court to fight the case. The court ruled in favour of the Society, as there were very few physicians at the time and many people could not afford their fees.  This paved the way for apothecaries to be allowed to both prescribe and dispense medicine, and led to them becoming what is today known as a general practitioner (GP) in medicine.

The Society made and sold medicinal products from 1672. It set up an ‘Elabatory’ which was the first large-scale operation in Britain to manufacture drugs. The Society continued to sell drugs until 1922 when it could no longer compete in the market and sold off this part of its organisation.

In order to provide raw materials for the drugs, the Society set up the Chelsea Physic Garden in 1673. This also gave its apprentices somewhere to study plants.

The Apothecaries Act of 1815 gave the Society the right to conduct examinations, grant licences to practice medicine in England and Wales and to regulate medical practice. Among its licentiates were the poet John Keats, Elizabeth Garrett Anderson who became the first woman in Britain to qualify as a doctor in 1865, and Sir Ronald Ross, the second winner of the Nobel Prize for Physiology or Medicine in 1902.

The Society pioneered a number of specialist postgraduate diplomas and in 1928 introduced the first qualification in midwifery, which led to the establishment of the Royal College of Obstetricians and Gynaecologists. In 1946, the Diploma in Industrial health was introduced, which led to the setting up of the Institute of Occupational Medicine.

The Society currently offers eleven diplomas, one of the most recent being the Medical Care of Catastrophes, set up after a request from the Royal Army Medical Corps. The Society’s constitution states that at least 85 per cent of the membership has to belong to the medical profession.