Vaccinations The development of vaccines

Vaccination is one of modern medicine's greatest breakthroughs. 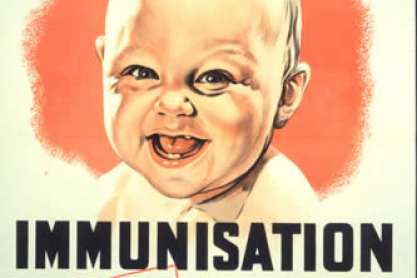 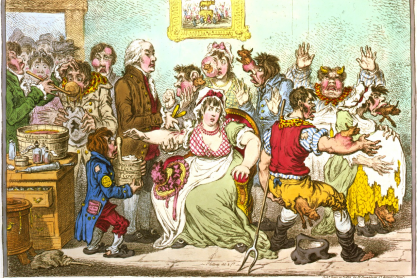 The story of this life-saving medical development began in ancient Greece. In 429 BC the historian Thucydides noticed that people who survived smallpox were protected from further infection. By 900 AD, the Chinese were using a primitive form of vaccination called variolation. Healthy people were exposed to tissue from scabs caused by smallpox, either by putting the scab under their skin or turning it into a powder which they inserted up their nose.

Country lore in England said that people who caught cowpox would not then catch smallpox. Cowpox is a mild viral illness that causes cows to have a few weeping sores on their udders, but little discomfort. Milkmaids would sometimes catch cowpox and although they would feel unwell for a few days it did not leave them seriously ill. It was believed that they were subsequently protected from smallpox.

In 1796, physician Edward Jenner had an opportunity to test this out. A milkmaid consulted Jenner about a rash on her hand, which he diagnosed as cowpox. He chose his gardener’s son, 8 year old James Phipps, for the experiment. He scratched the boy’s arm and then rubbed in some material from one of the pocks on the milkmaid’s hand. Phipps became mildly ill, but when he was well a week later, Jenner variolated Phipps with smallpox. The boy did not become ill with smallpox on that or subsequent occasions.

Funded by the Government, Jenner established the Jennerian Institute in 1803, which became the National Vaccine Establishment in 1808. By the 1870s, vaccination had became popular throughout Europe and America, although it provoked opposition from people who didn’t believe it worked, and thought that compulsory vaccination took away people’s civil liberties.

Louis Pasteur developed Jenner’s work and created a vaccine for rabies in the 1880s. By the late 1920s, vaccinations were available for diphtheria, tetanus, whooping cough and tuberculosis. The first vaccination programmes reduced the number of deaths from infectious diseases and helped to establish the concept of preventive public health measures.

In 1955, polio vaccinations were introduced in the UK. Polio is now very rare and is close to being eliminated worldwide. The following year, the World Health Organisation decided to eradicate smallpox and used the vaccine on a global scale. The disease was eradicated in 1980.

'Vaccination is a miracle of modern medicine'

The study of living things.