The Wellcome Trust Sanger Institute is a genomic research centre and was a lead player in the Human Genome Project. Health problems such as cancer, malaria, diabetes, obesity and infectious diseases are partially determined by genetics. The Institute aims to increase understanding of the role of genetics in health and disease and to translate research findings into new treatments for patients. 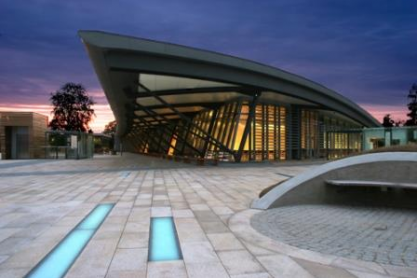 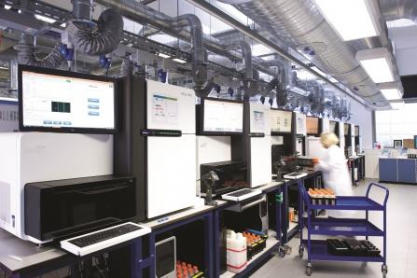 The Institute was initially set up in 1993 as a sequencing centre, called the Sanger Centre. It was opened by Fred Sanger who won the Nobel Prize in 1980 for developing a technique that allowed DNA to be sequenced. Originally, it had a staff of just 50 people, but now employs more than 800 and has become one of the leaders in biomedical research. It is also home to the European Bioinformatics Institute with more than 300 staff.

The Institute sequenced the genome of a yeast,Saccharomyces cerevisiae, in 1996. This genome had 12 million bases. The sequencing of the yeast genome led to developments in pathogen genomics, and the first to be sequenced was Mycobacterium tuberculosis in 1998.

In the same year, working in partnership with Washington University in St Louis, the Institute sequenced the first animal genome. This was the genome of a nematode worm, with 100 million bases.

The Institue led the research on the first human chromosome to be sequenced in 1999. This was chromosome 22. The draft human genome sequence was produce d in June 2000 and the Human Genome Project achieved its goals in 2003. The Institute produced the first and last scientific papers for the project and was the only UK institution to be involved.

We now produce more sequence in one hour than we did in our first ten years.

The Institute then moved into understanding the gene function on a genome-wide scale and continued to work on internationally on projects such as the International HapMap Project. This gives researchers a map on which they can place genes that are associated with health, disease, response to pharmaceuticals and environmental factors.

The Institute also plays key role in the Wellcome Trust Case Control Consortium (WTCCC) which aims to build on the human genome sequence and maps in order to uncover disease associations. The Institute is also involved in the MalariaGEN network which aims to combat the effects of the malaria parasite.