The Royal Society is a self-governing academic Fellowship, which comprises the most eminent scientists, technologists and engineers from the UK, Ireland and the Commonwealth. With Queen Elizabeth II as its patron, the Royal Society promotes scientific research and has contributed to many leading scientific discoveries. 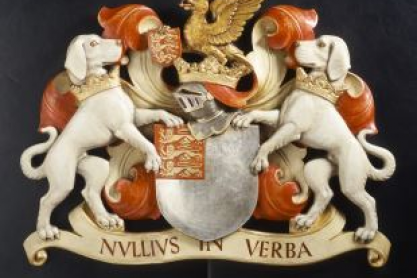 The official title of the Royal Society is “The Royal Society of London for Improving Natural Knowledge”. The Society was founded in 1660, when it was given a Charter by King Charles II. Today, there are 1600 Fellows, including 80 Nobel Prize winners; fellows are elected by peer review and a vote.

The Royal Society supports scientists through multiple grant schemes and awards. A range of grant schemes allocates nearly £42 million per year to support early and late career scientists, as well as projects to boost innovation, international collaboration, science capacity in Africa and links between research and industry.

Awards given by the Royal Society include medals, awards and prizes, which all have a financial benefit intended to promote scientific research; examples include the Copley Medal, the Royal Medal and the Darwin Medal.

The Society’s fundamental purpose […] is to recognise, promote, and support excellence in science and to encourage the development and use of science for the benefit of humanity

The Royal Society originated the peer review process when it launched its first journal dedicated wholly to science, Philosophical Transactions, in 1665. Today, it publishes Biology Letters along with 10 other scientific journals through Royal Society Publishing. The Society also encourages science communication by providing subsidies for scientists in media skills courses.

Many pioneering biologists have been Fellows of the Royal Society, including Sir Alexander Fleming, Sir Francis Crick and Dorothy Hodgkin.

The Society is governed by a council of 20 Fellows, and funded by many sources including the Government to which it acts as scientific advisor. It also serves as Academy of Sciences for the UK.