The John Innes Centre (JIC) is an international hub for the study of plant science and microbiology. It was set up more than 100 years ago and many leading figures from the world of biology have worked there. It has been home to many scientific discoveries and breakthroughs. 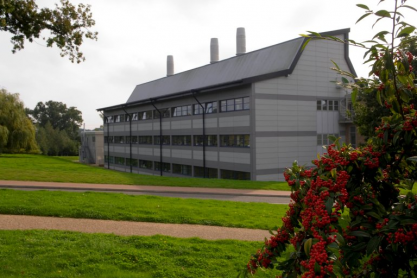 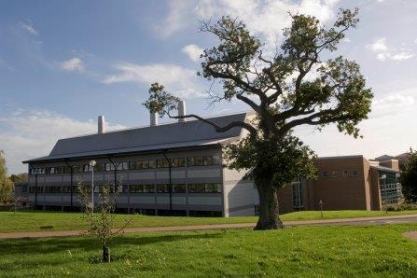 The JIC's misson is to generate knowledge of plants and microbes through innovative research and to apply that knowledge to benefit agriculture, the environment, human health and well-being. Discoveries include: conserved gene order in grasses (which has led to cereal improvement); the understanding and application of plant flowering time (which contributed to the first sequencing of a plant genome); and developing genomic systems for exploiting Streptomyces (the source of many antibiotics). ‘John Innes Composts’, played a role in the Second World War's ‘Digging for Victory’ campaign and were developed at the centre.

The JIC has a focus on sustainable agriculture and producing enough food for the world’s growing population. They believe that to achieve this, a variety of approaches to crop improvement including plant breeding and genetic modification (GM) are essential.

The institution was founded in Merton in South London at the beginning of the twentieth century under the directorship of William Bateson, an influential figure in genetics. Originally, the institution trained gardeners in advanced horticulture and was a national centre for horticultural experiment and research, breeding fruit for the Board of Agriculture.

As cell biology, and biochemical and microbiological approaches to genetics developed, the fruit breeding research diminished and the institution was renamed the John Innes Institute in 1960. In 1967, the centre moved to its current site just outside Norwich and a partnership was established with the University of East Anglia. It was renamed the John Innes Centre in 1994.

Among the leading scientists who worked there was JBS Haldane who became head of genetics research in 1927. He developed the application of mathematical theory to genetics. CD Darlington became director in 1939 and it was during his tenure that he proposed the ‘plasmagene’, which saw the cytoplasm as the bearer of heredity. This hypothesis made little impact at the time but it is now known that abnormal mitrochondrial DNA play a key role in the cause of many diseases.

In the 1950s a series of woolly aphid-resistant apple tree root stocks were launched after a partnership between John Innes and the East Malling Research station. These have helped to minimise losses around the world due to pest damage.

David Hopwood started work there with a team in the 1960s on Streptomyces, the soil bacteria that produce most medically and agriculturally important antibiotics. The first hybrid antibiotic was produced by genetic engineering in 1985.

Discoveries have continued through the decades. In the 1990s, Professor Enrico Coen discovered the genes that control flowering and Professor Ray Dixon created the first genetically engineered nitrogen-fixing microbe. In 2000, Dr Caroline Dean’s team identified and isolated a plant gene that controls whether a plant will need a winter period before it flowers.