Healthy baby Louise was born on 25 July 1978 at Oldham General Hospital by planned caesarean section after a full term pregnancy. Similar opening lines can be written for most of us. But Louise's birth was a scientific breakthrough. It changed the lives of many couples who had difficulty conceiving and gave them hope that there is still a chance to hear children's laughter in their home – Louise was the first baby born with the help of in vitro fertilisation (IVF). 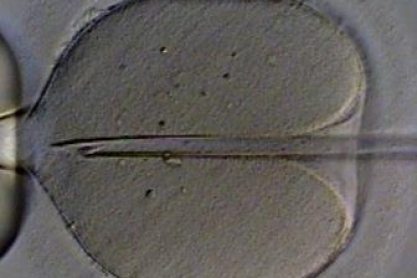 Louise’s parents, Lesley and John Brown had been trying to get pregnant for nine years before they tried IVF, a revolutionary technique, pioneered by Patrick Steptoe, Sir Robert Edwards and Jean Purdy.

Sir Robert studied biology at the University of Wales in Bangor after military service in the Second World War, followed by a PhD on embryonic development in mice in 1955 at Edinburgh University. In 2010, he was awarded the 2010 Nobel Prize in Physiology or Medicine for his work on IVF. Due to the Nobel Prizes not being awarded posthumously, Steptoe was unable to be considered for the award as he had died in 1988. Robert Edwards is currently professor emeritus at the University of Cambridge.

Fertility issues are still as sensitive now as they were back in the 70s, with one in seven couples having difficulty conceiving. IVF is a complicated procedure, for which the current success rate is 32.2% for women under 35. That has encouraged couples all over the world and to date approximately four million individuals have been born thanks to IVF. That’s 1 in 1750 people in the world.

The words in vitro mean ‘in the glass’ in Latin (which is why Louise was called a ‘test tube baby’). The principle of the procedure is to retrieve an egg from the woman, fertilise it with either her partner’s or a donor’s sperm and implant it back into the woman, where it should develop normally.

Doctors suppress the natural cycle and prescribe the woman a fertility hormone called FSH (follicle stimulating hormone) to encourage eggs to mature and be ready for retrieval. It is essential to ensure that the woman is in good health, therefore regular scans and blood tests are run. The eggs are then surgically removed from the woman’s ovaries and fertilised in the laboratory.

There are many IVF treatment options, depending on the specific situation of the couple. Sometimes a single sperm needs to be inserted directly into the egg (intra-cytoplasmic sperm injection). Once fertilised, the embryos grow in the laboratory for up to five days before being transferred into the womb (Louise’s embryo was only eight cells big when it was implanted). The rest of the pregnancy is carefully monitored and usually progresses uneventfully.

Going through an IVF treatment can be physically and emotionally demanding, requiring a lot of strength and family support, as couples sometimes need more than one IVF cycle to get pregnant.

IVF has changed the lives of millions of couples and is continuing to do so every day, making Steptoe, Edwards and Purdy pioneers of the reproductive medicine.