The Worshipful Society of Apothecaries set up Chelsea Physic Garden in 1673, as a place for their apprentices to study the medicinal qualities of plants. The Garden became one of the most important centres of botany in the world. 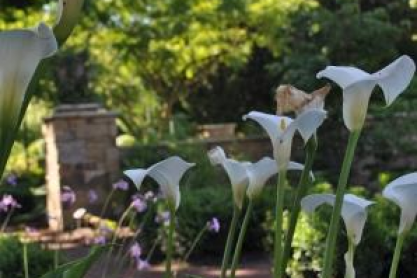 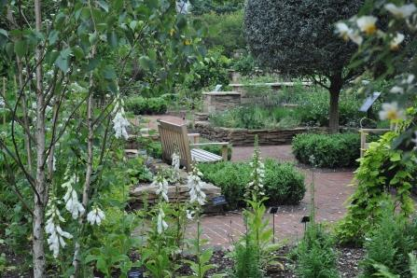 The Garden is close to the River Thames in London. Its location was chosen as its warmer microclimate allowed many non-native plants to grow, and also for plants to survive British winters. The river acted as an easy transport route for botanists to get to open spaces such as Putney Heath, at a time when it was easier to travel by river than by road.

The Garden is involved in the international exchange of seeds, which started in the early 1680s. At that time, the gardener John Watts and the, Professor of Botany at Leiden University, Paul Hermann, set up a system for exchanging seeds. This included seeds from the Cedar of Lebanon tree, which were some of the first to be grown in Britain.

In 1712, Sir Hans Sloane bought the Manor of Chelsea, an area of about four acres, and leased it to the Society of Apothecaries for £5 a year in perpetuity. As part of the agreement, 50 plant specimens had to be sent to the Royal Society (which Sloane was President of) every year, until 2,000 specimens had been received. By 1795, more than 3,500 specimens had been sent.

Sloane appointed Philip Miller as gardener, who held the post for 50 years. In this time, he corresponded with the leading botanists of the day in order to gather various seeds that were grown in Britain for the first time. Miller also trained William Aiton, who became the first gardener at Kew.

The Garden was believed to have the first heated glass house in Europe as early as 1685. In the nineteenth century, Robert Fortune used Wardian cases, which are like mini greenhouses, to transport seedlings of tea plants from China to India, in order to establish the Indian tea industry.

A pond rock garden was built, using stones from the Tower of London, Icelandic lava, bricks and flint. It is now a Grade II listed building and the oldest rock garden in England that is open to the public.

The largest olive tree growing outside in Britain can still be seen in the Garden and there are still has plants grown by a number of botanists including Sir Joseph Banks and Robert Fortune.

In 1876, the Garden ran botany courses for women who wanted to become botany teachers.

The Garden became a charity in 1983, when it opened to the public for the first time. It still grows medicinal plants, and has beds that demonstrate the botanical relationship of different plants. It promotes education, conservation and scientific research. It is a partner in the Ethnomedica project along with Kew, the Eden Project, Botanic Garden at Edinburgh and the Natural History Museum, This project collects data about herbal remedies that have been used in Britain.